In 2013, my life changed when Airbnb hired me in the finance department. But not for the reasons you might expect.

It was the first step on a journey that transformed my life into a globetrotting, Airbnb-living, location independent, minimalist, and Airbnb expert.

In December 2012, while I was preparing lunch in my San Francisco apartment, my roommate told me about a company called Airbed and Breakfast. The concept of the company clicked for me as soon as I heard it.

I applied to Airbnb and was interviewed the following month. The job offer….didn’t arrive.

It didn’t matter. I knew I’d be working there sooner or later. I recognized my ability to accomplish things I put my mind to when I was in college up against a fully booked class that I really wanted to take: Intro to Negotiations.

The class was so popular that on the first day of classes, students were sitting in the aisles and standing in the back. All were hopeful for a few additional added spots to the full class roster.

At the time, I was only a freshman so my chances of getting in were slim. I tracked down the professor on campus, told him about my desire to take the class, and ask if he could offer me a spot. He told me that I demonstrated a very important skill needed to be a successful negotiator and that one of the remaining spots was mine. Excellent.

I even took this time to take my first trip on Airbnb as a guest. I went to Santa Barbara, California. Here’s that review:

Fast-forward three months and I was hired.

During my time at Airbnb I became an Airbnb host of the couch in my shared living room. 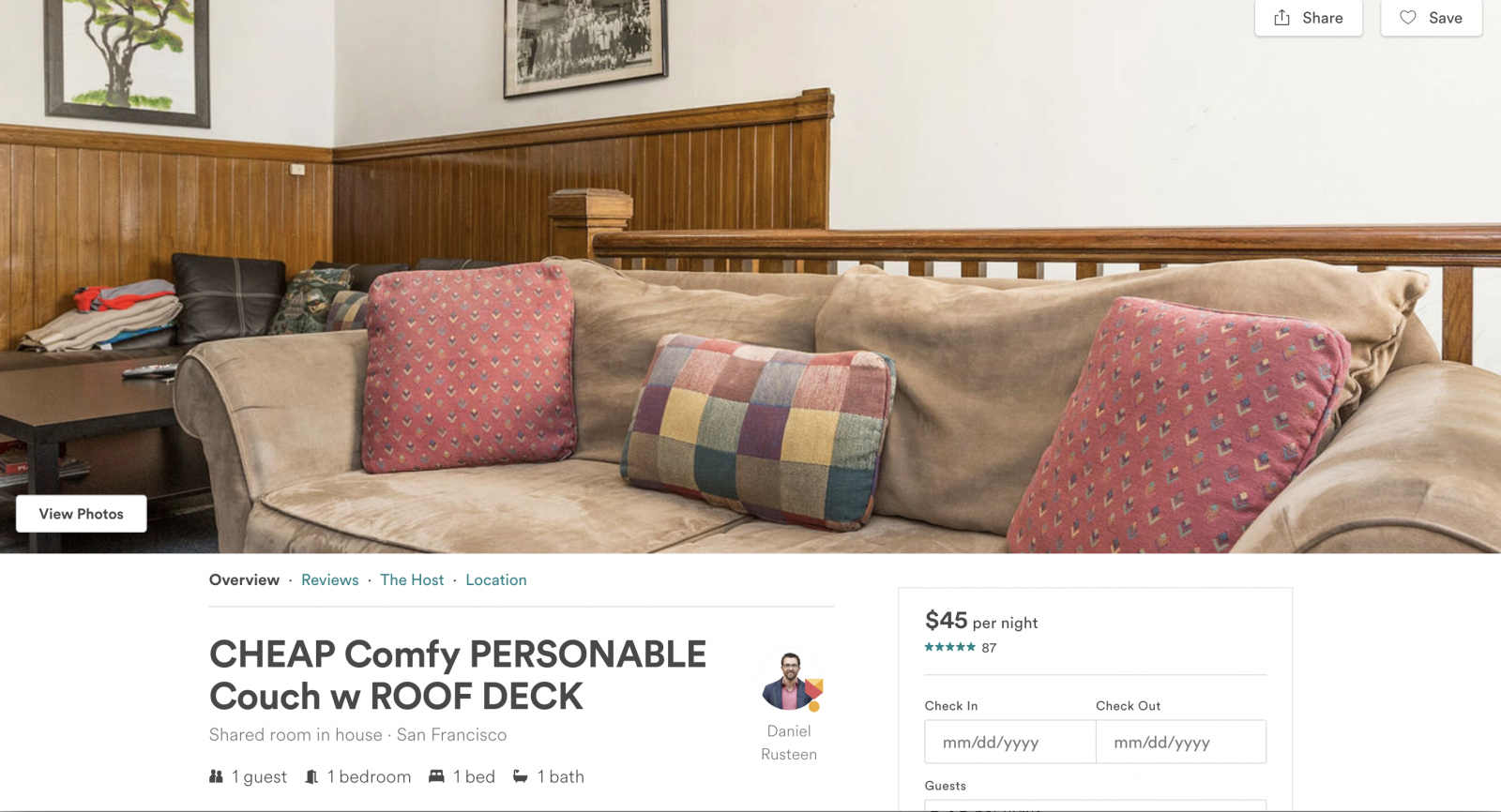 Though I loved the company and the accounting team, it was still accounting. I was on the right bus but in the wrong seat.

But, this experience gave me valuable information. Because I didn’t love my actual day job but loved the mission of the company, whenever internal teams or experiments were requesting hosts, I applied and was often accepted.

In the year after Airbnb, I worked at a local Airbnb property management company. This gave me great insight into Airbnb as an outsider, but I was also still working at Airbnb in a contractor role for the next 9 months.

In 2016, I started my own full-service Airbnb property management company. 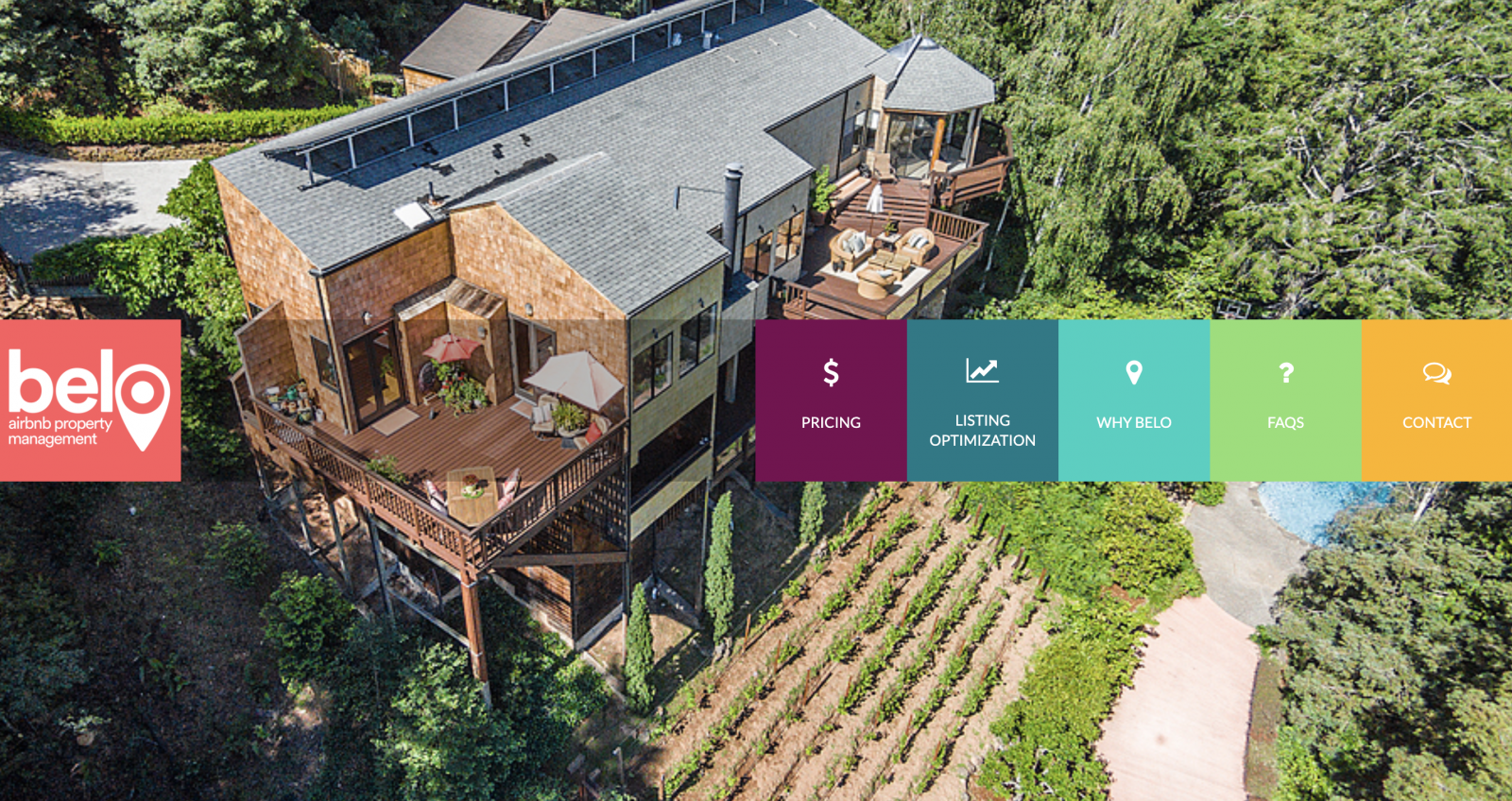 That November, I attended Airbnb Open in Los Angeles. This is when I realized I did not want to be in traditional property management. This entire week I was away from San Francisco, where all my Airbnb listings were being managed, I had numerous issues that needed immediate attention.

I pivoted to the early days of what I do now, helping Airbnb hosts around the world be as successful as they can be. Here’s an image of one of the first editions of my website: 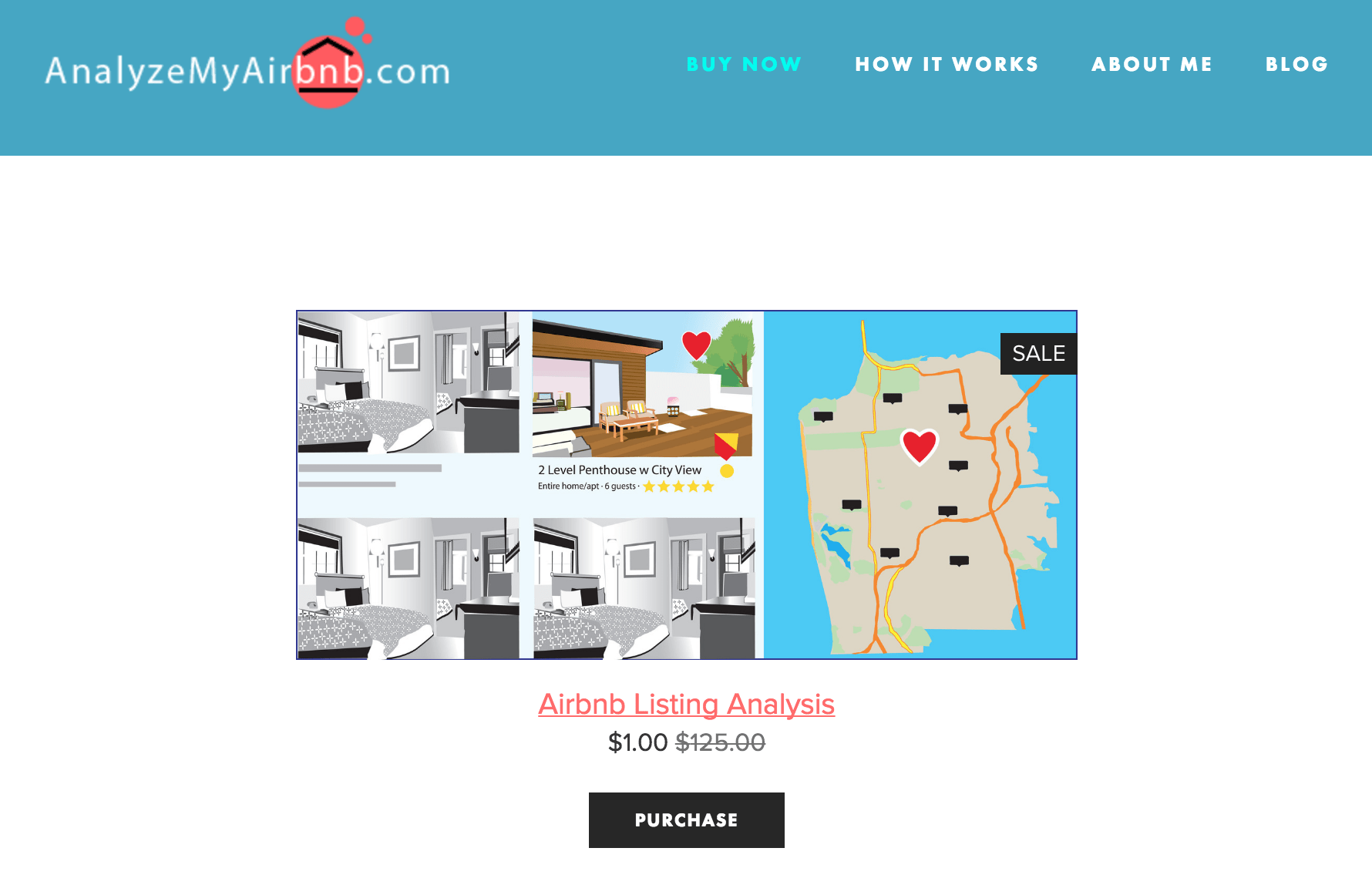 I worked from my San Francisco bedroom for 6-months until I realized that I could technically live anywhere I wanted while running my business.

I took a 3-month trip to Australia and lived in Syndey, Melbourne, and Brisbane all while working from my laptop.

I judged it as a success and wanted more.

I returned home to San Francisco to a fine from the Office of Short Term rentals for $2,000 because I rented the couch in my shared living room more than a year earlier. I sold all my things, left San Francisco, and in the middle of 2017 was in Tallinn, Estonia.

I did not have a return ticket. Since then I’ve only been in the US for a combined time of five weeks.

In Tallinn, I randomly met an Airbnb host who was struggling. She had a wonderful space but just didn’t understand how to market herself online.

At the time, I was living in hostels. I proposed a solution for both of us. In exchange for six weeks of discounted accommodations, I helped her maximize her potential on Airbnb.

This experience gave me the idea to write a book that would reach more Airbnb hosts who needed a bit of guidance. Optimize YOUR Bnb: The Definitive Guide To Ranking #1 In Airbnb Seach quickly became the best-seller and most-highlighted book for Airbnb hosts.

This experience also had me ditch hostels for Airbnbs. Since then I’ve lived permanently in Airbnbs, living in a city for one month until moving to another city and another Airbnb.

This gives me a valuable and unique perspective as the guest. I expect to pass 1,500 nights living in an Airbnb by the end of 2020.

For the past few years and the foreseeable future, I attempt to take all of my Airbnb experience and boil it down to easy-to-understand blog posts and videos that will deliver actionable insight resulting in higher occupancy, more views, and more revenue.

I’m happy to answer any questions you might have related to Airbnb, travel, minimalism, health and fitness, or anything else. Just comment down below and you’ll hear back from me.

So, thanks for stopping by, and I look forward to hearing from you! 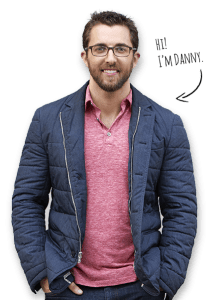 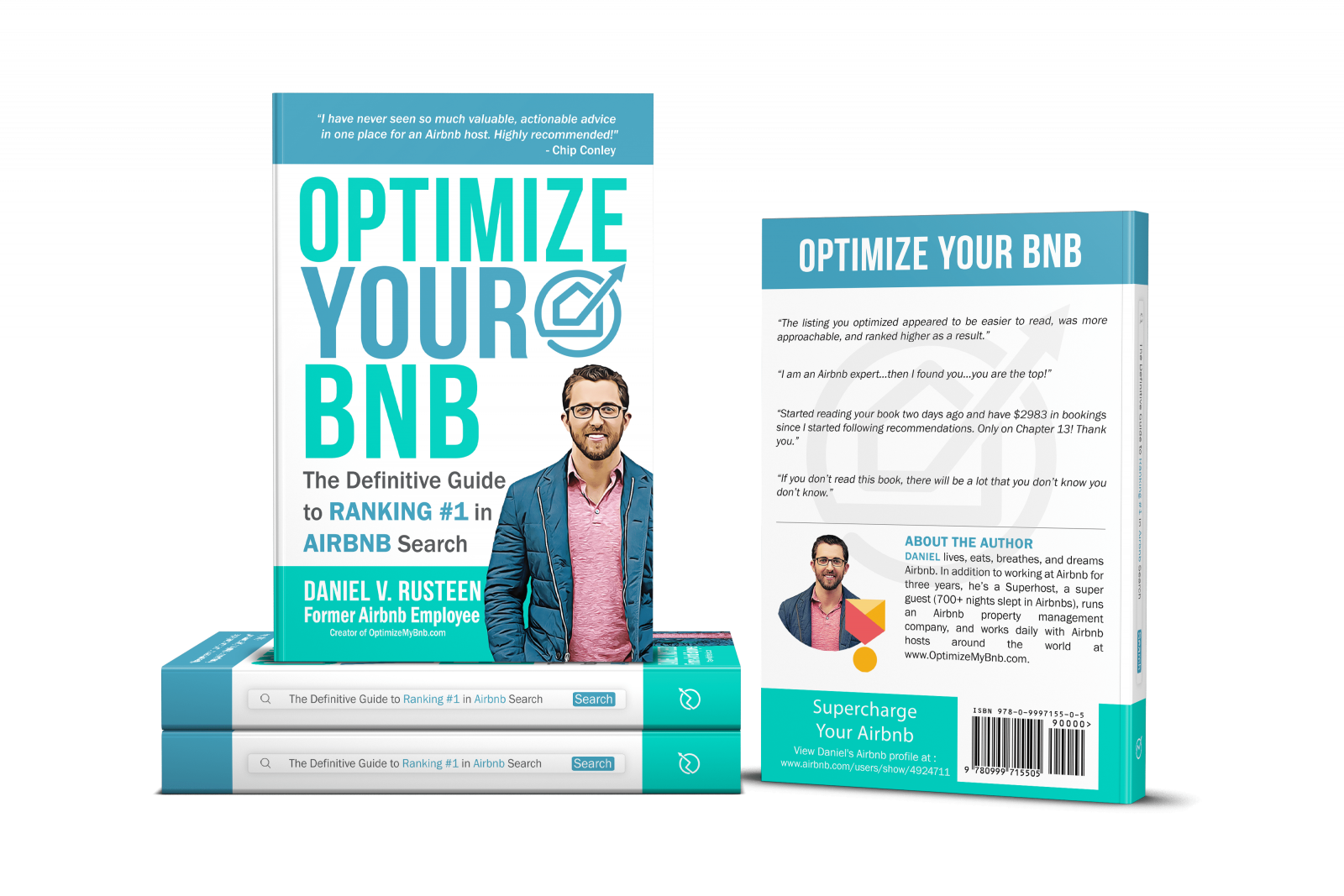